Philip Gowers trained at UMDS (London) and qualified in 1990. He worked part time in Bow and part time as a clinical lecturer and BDS examiner at Guys Hospital  under Professor Challacombe in Oral Medicine and Oral pathology until 1999. Philip then moved to Southsea in 1993 and became an associate then partner by 1997. Unfortunately Philip’s business partner died and so he became the  owner of a four surgery practice then. Around this time Philip became interested in dental politics.

Philip became a member of Hampshire LDC ,then chair of Portsmouth and SE Hants LDC. In this role he attended conference, passing motions to change things at a national level. During this period he  also became VT trainer for eight young dentists and continued to work as a GDP full time.

Philip achieved a PGCE at the University of Winchester and become a DPA (contracts). In 2013 Philip achieved the role of advanced coach mentor for the Wessex and Oxford Deanery.

Most recently Philip sold his practice to one of his trainees and was appointed Chair of the Hampshire and IOW Local Dental Committee which was a particular honour to accept.

Philip finally became chair of PASS ( Practitioner Advice and Support Scheme) for Hampshire and IOW LDC as well as PVLE Assessor for Oxford and Wessex Deanery and a Research Champion for NIHR ( National Institute for Health Research). 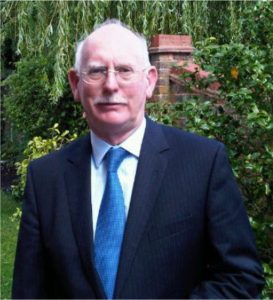 Graduated BDS from Birmingham University in 1971 and worked as an NHS Associate in the West Midlands and Gosport until 1974 whereupon he went into a two man partnership in a Gosport NHS practice which later developed into a mixed private/NHS practice providing almost all aspects of primary care clinical dentistry including orthodontics (BOULD University of Bristol and Clinical Assistant Queen Alexandra Hospital Portsmouth 1993 to 1995). Achieved the MGDS RCS in 1988 after 3 years postgraduate education and completed the FFGDP(UK) in 2010.

Current Honorary Secretary of the Hampshire and Isle of Wight Local Dental Committee (H&IOW LDC) and Chairman of the British Dental Guild. Past Honorary Treasurer of the H&IOW LDC and current Treasurer and past Captain of the BDA Golf Society. 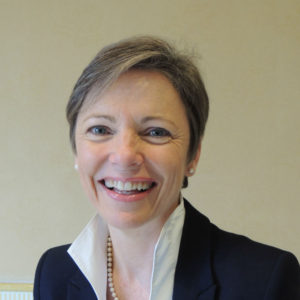 Claudia qualified in 1981 from Liverpool University Dental School and followed this with a three-year short service commission in the Royal Army Dental Corps. Subsequently she went into NHS general practice moving around UK and Northern Ireland for five years and eventually settled in a practice in Winchester where she has been an associate for twenty-five years. In October 2012, she was selected and completed the Oxford Deanery Dental Leadership Development Programme for Local Professional Networks and in 2013 became the Treasurer of the Hampshire and Isle of Wight LDC. Claudia is a trained dental appraiser and a GDP representative on the Wessex Oral Surgery MCN. She is a discipline specific practitioner for the Performance Advisory Groups and Performer List Decision Panels for NHSEngland (Wessex) and sits on the National Steering Group for Dental Contract Reform. Claudia is currently working in a Blend A Prototype practice.

She is married and has two grown up children.

Emily obtained a BA (Hons) Degree in three-dimensional design at The University for the Creative Arts in 2009 and then obtained a Master’s Degree at the University of Portsmouth in Fine Art in 2011.

Since 2014, Emily has worked  as the Honorary Secretary’s PA and as the LDC Administrator which includes administrative support to the Treasurer. Specifically, Emily has also managed, recorded and  communicated many core aspects of the Deanery’s Appraisal Scheme (financial), H&IOW LDC/NHS England’s Capital Funding Schemes, the joint LDCs’ meetings and the LDC’s CPD events.

Emily took over the role as the Hampshire and Isle of Wight LDC’s Website Manager in 2015 and has been (in part) responsible for its design and development.